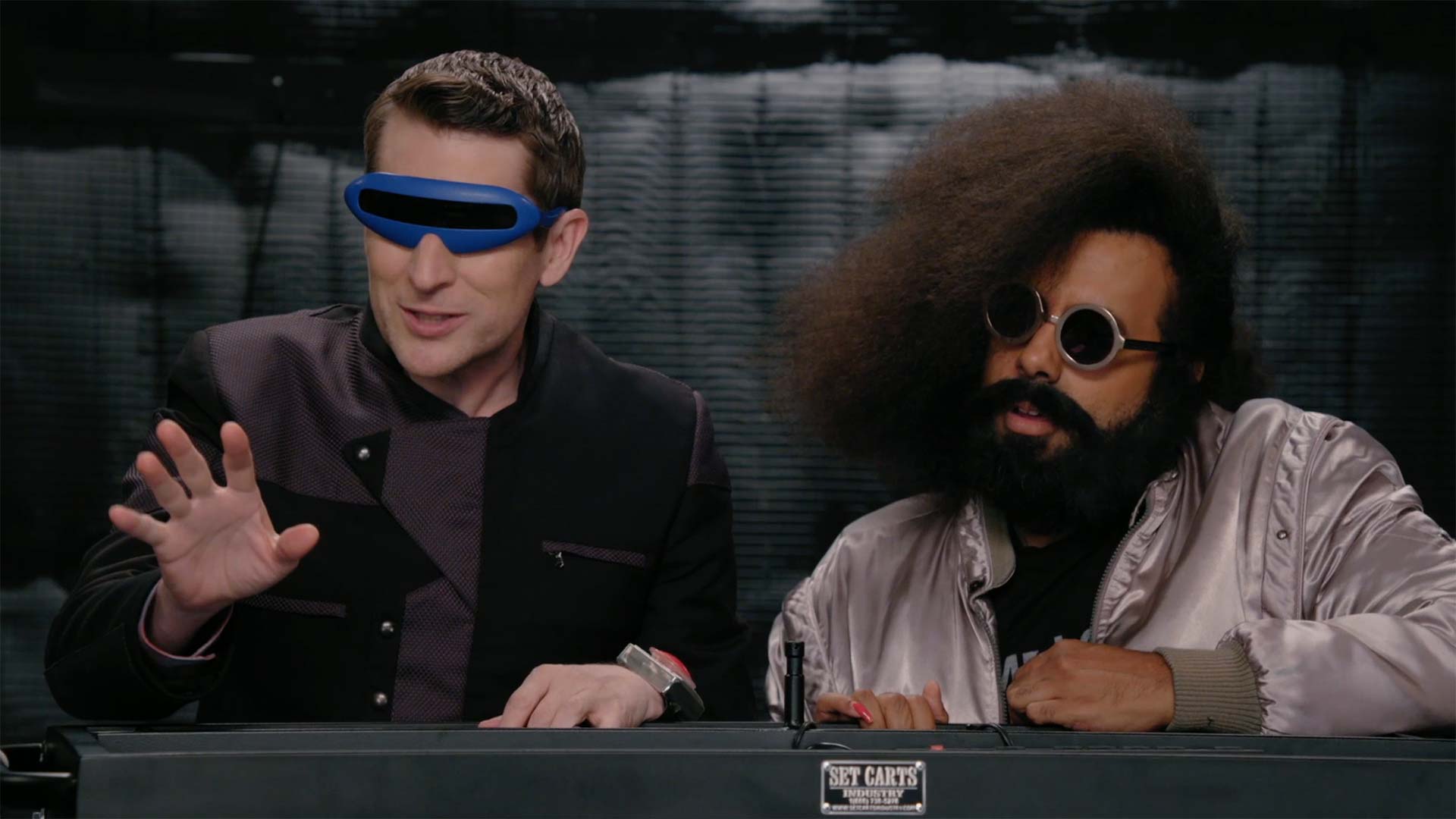 Reggie Watts returns to the show just in time to try to prevent a disaster from striking its participants. Meanwhile, Al has a surprising announcement, and Adam Scott drops by to give Scott some assistance.

Although this is the penultimate episode of the series, this is really the culmination of so much of Al's storylines over the five seasons. Do not watch this episode before watching episode 319 with Eric Andre, as this episode is a direct sequel to that one. That episode is already on Netflix, so watch it!!!
I couldn't tell a dirt clod from a plate of caviar.
Top

finally the secret will be revealed
Weird Al Yankovic is one busy daddy
YANKOCHICK NEWS NETWORK: http://www.youtube.com/channel/UCUOwVDpf5zQrXyKPPJWxs-Q" onclick="window.open(this.href);return false;
I abused my power and learned nothing!
-Alicia
Top

Just watched episode 319. It was great! Makes me excited for all of the other great episodes of the show that I haven't seen yet.
And Peggy
Top

What a great episode!


“Biff Tannenman”
Scott apologizing to people who live under rocks, after accidentally insulting them.
Loved Reggie thinking Al was him in the future
"So I accepted the offer from James Cordon then.” “Who?” “Never mind I’ll explain later.”
"Why didn't you just change your clothes?" "Oh, in the future it's easier to go time traveling than it is to shop for new clothes."
Loved the meta humor of Past Scott and Reggie making fun of the writing
The running gag of "Yeah, you said that before the commercial break."

“I became the laughingstock of the time travel scientist community.”
"Thank you for coming!" "Thank you for paying me scale."
Loved Reggie and Scott having to pretend to be themselves
The whole bit of Adam showing the clip from his appearance on CBB was great. Reminded me of that Spaceballs gag.
The feedback while watching the clips.

Matt Walsh announcing they were picked up for exactly 110 episodes.
The list of inconsistencies was fantastic.
“That hurts my feelings, buddy. Of course I was gonna ask.”
“Is he dead?” “No, the little guy just fell asleep.”
"I already have one - the human body."

The stuff with Adam Scott was all reshot for this episode, right? That wasn't just clips from the actual pilot.
But yeah, this episode was great. Only one left... (Then all the others I haven't seen yet.)
And Peggy
Top
Post Reply
4 posts • Page 1 of 1