Mike Colter Wears a Pink Button Up and Black Boots 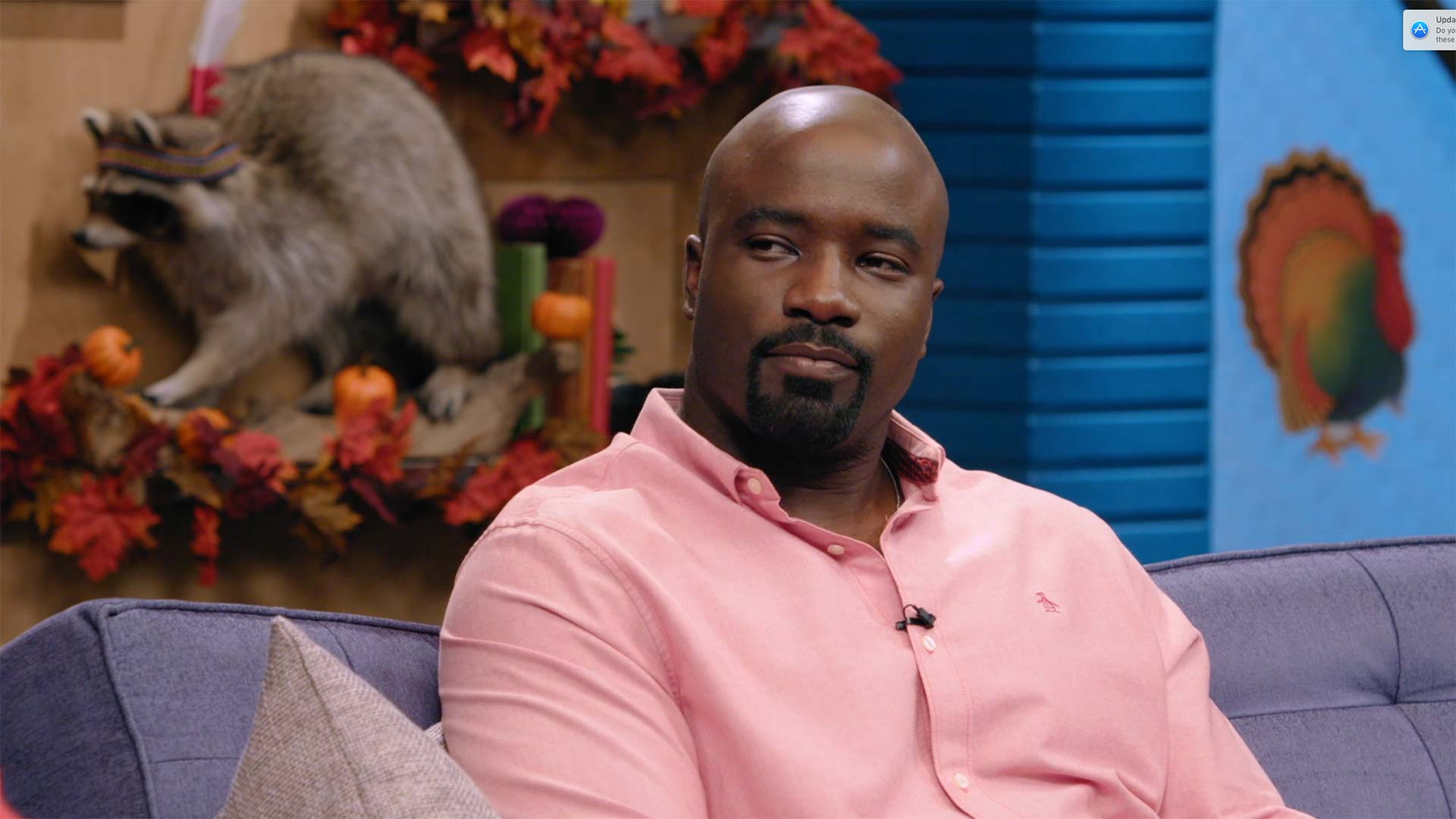 Scott is excited to spend Thanksgiving celebrating with the Comedy Bang! Bang! crew, but will a group of outsiders disrupt his plans? Also, Mike Colter discloses a shocking revelation, and teacher Joe Bongo discusses his extra-curricular activities.

Apparently, the person at IFC who picks these screengrabs has some system upgrades available for download.

Loved the the Shakespeare quote at the top of the episode.
All three of the daughters being different races, and having different accents was hilarious, and probably the highlight of the episode for me.
“Just the usual plot twist before the opening titles”
“You can’t fire me! I own 1/3 of the company!” “We can, with 2/3 of the vote!”
Al nodding after “You’ve heard of a Bad Hair Day”
“How bad did you say your ratings were again?” “Oh, bad”
Mike Colter's under the bald cap being identical to Al's
"This is so similar to..” with King Lear then the script for the episode
“I’m a vegetarian” “That’s a horrible thing to say about yourself”
Al being upset that non vegetarians get to eat Tofurkey
Scott’s Thanksgiving speech was fantastic
The turkey being doused with extra tryptophan was a hilarious. Then Scott eating anyways even after the girl passed out
Then loved the Planet Of The Apes parody at the end, obviously.
And Peggy
Top

OMG DID YOU ACTUALLY SHOP AL'S HAIR ON MIKE COLTER

And the "bad hair life" joke is one that Al has made on occasion, it's perfect.