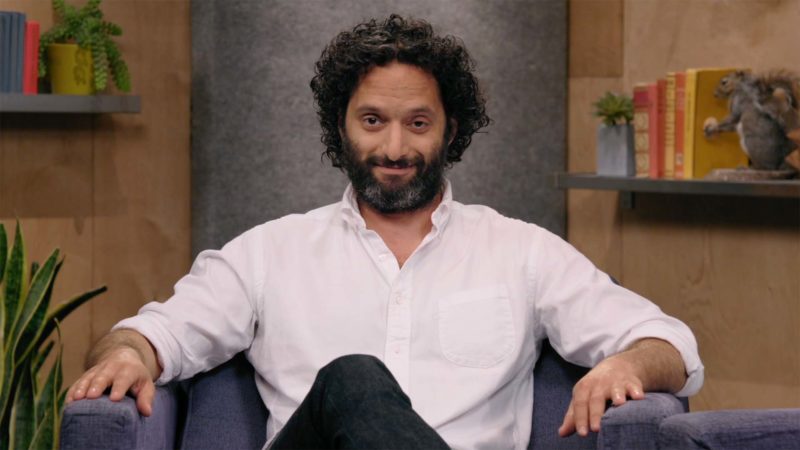 This should be interesting. ^^
Love and peace.
Top

Loved Al's "lucky guesses."
The running gag of celebrities being too scared to leave the house after a horror movie, “That’s happening a lot lately.”
Everything with the Red Telephone was amazing. Laughed at Scott having it in the first place, then almost starting a Nuclear War. “I know I called you, but who’s this?” eventually leading to “You just got Scott Got!”
Scott’s coffee money going to just buying coffee for the starving child.
Al’s existential crisis over asking Scott a question was great
"My desk? But that’s where I rest my elbows."
The reason why we moved Al’s desk is to cover up the red, X-shaped wine spot
Jason’s like Courtney Love - he’s in Hole!
Finally, everything with Donny Gary was hilarious. Probably my favorite of the fictional guests I've seen in the show. The songs were all great, the stuff with Donny and the bagel, "That's some baby makin' music right there."

Al's reactions were on point this episode! Great expressions, and I particularly loved his nodding accompanied by slight mechanical creaking. Made me laugh so hard I had to pause the episode!

And then his ever more despairing response to Donny Gary's songs. So good.

And Scott being a guest on his own show was great. Especially once the second guest came out, I always love watching him politely trying not to laugh. Something about that is just so funny.

And Al talking himself into an existential crisis while trying to think of a question to ask Scott, only to eventually come up with the anticlimactic "can I borrow your car?"

And of course Scott says no.

I actually did kind of like the bit of the movie in the end, it looked really cool.

Now I'm trying to figure out who played the hunchback, it's hard to tell in the darkness.
Love and peace.
Top
Post Reply
5 posts • Page 1 of 1