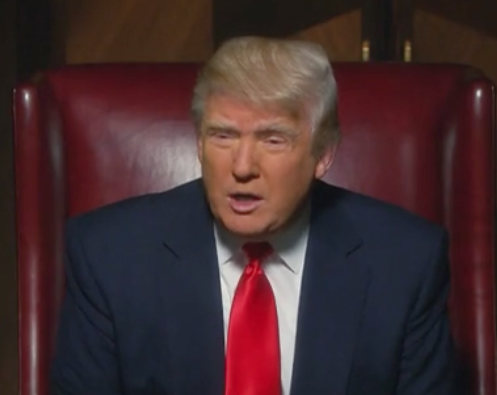 Okay.
So, what do you think, Virginia? Do you think you won?
I couldn't tell a dirt clod from a plate of caviar.
Top

Who knows? Our submission was decent. On the other hand, judges have not been kind to me. Hopefully Katrina's contributions will win the day if any ideas I had are rebuked.
Is my dude a dweeb?
Top

I like what we came up with. So, I feel that we have a good chance of winning this task. We worked well together and the work load was pretty equal I believe. She was a good PM for this round. She found the venue and made it convenient for our guy to get there.
Top 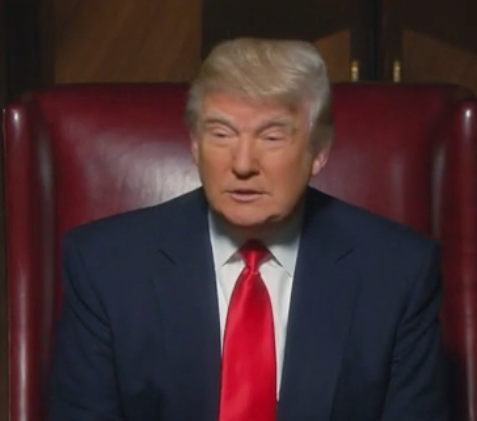 Katrina, boy, you had it easy this round. It doesn’t matter if you win or not!
I couldn't tell a dirt clod from a plate of caviar.
Top 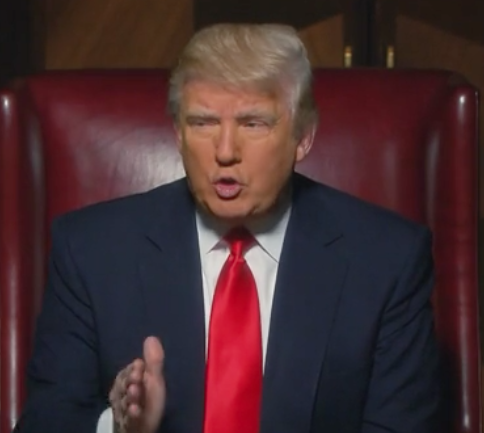 Okay. Katrina, how do you think your team did without Vikte?
If I had been nicer, I would have granted Nathan’s request and Virginia would’ve gone over to Team Groovy.
Would you have preferred that?
I couldn't tell a dirt clod from a plate of caviar.
Top

We did miss Vitke, but we stayed very focused on the task to make up for not having Vitke. I'm not sure if we suffered without her but we did notice that she was gone. She has been a good team mate for Pobeda. I would have preferred to keep both of them but of course that would not be fair.
Top 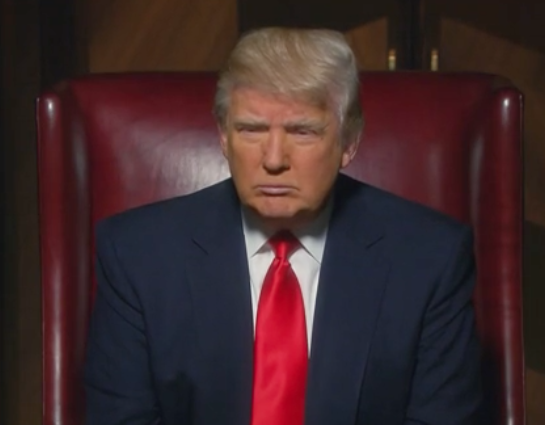 What do you think, Virginia? Especially given your strategic predicament. You know Katrina better and have worked with her before. But if you had been teamed up with Nathan, you’d at least be able to defend yourself in the Boardroom. If your team loses, you’ll be automatically fired tonight. Of course you know that. What do you think would’ve been better for you, strategically?
I couldn't tell a dirt clod from a plate of caviar.
Top

Ugh! I had the answer and lost it. From a straight strategic standpoint, sure being on a team with Nathan would be better. On the other hand, staying with Katrina made doing the task easier due to familiarity. Also from what I have read now, I think I might be in a decent position.
Is my dude a dweeb?
Top 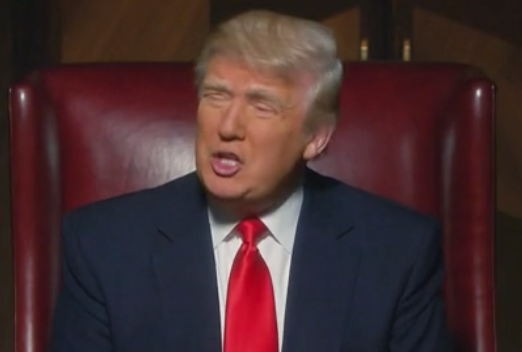 Before we reveal the mystery judge, how about we see what both teams submitted?
Dr. Carson, would you mind doing the honors?
I couldn't tell a dirt clod from a plate of caviar.
Top Ad: Unfortunately, we forgot until the last minute as we were working on other stuff. There are two posters. This probably would not be the only thing but this is what we have. Links are here because the graphics are large:

Booking:
Some of this is explained in the itinerary. In general, we chose the LA area to give us the best chance of having Al and others attend. Our focus was a little more on Al since he is the biggest star. While we obviously don’t know exactly where Al lives, we do believe he lives in the Hollywood Hills area. I picked an address in the area on Zillow and mapped directions to the event location and found it would take 17-25 minutes depending on route taken (and of course the famous LA traffic). So, whether he required a car service or drove himself, it doesn’t appear that it would be a huge hassle for him to get here. The location was picked with Al in mind.
Honestly, getting anyone here (especially Al and the band) would depend on what they would require.
We’re not sure if Al and co. would ask for actual payment. We could be wrong. If they did, we would meet that, but it could take away from other things. However there could be cost in getting them there and small requests like snacks. We would pick up the tab for at least Al and the band if necessary. If this is not a good enough answer, so be it.
For other acts, free space to sell their merchandise, token payments, and even time for them during or after to advertise themselves in any way they chose would be allowed. We would also provide free ads on our site for them and links to buy merchandise or other things they want. Ideally we would make good money, but it’s not guaranteed.
Budgeting:
In all money making avenues it will be emphasized that more sponsorships and donations collected will result in more and better prizes and possible guests.
We would be making more plans and payment arrangements as the donation platforms go on.
* Cost of attendance would be $60 per person.
*Sponsorships- We would sell small ads on the web site as well as spaces at the event to advertise or to sell merchandise. Money would collected before the event.
*Selling T-shirts and similar items on a site such as Café Press or Zazzle. Also, the event web site could have a store for items already pre-made such as key chains and the like with less overhead.
*We would have a small Kickstarter campaign where we would have small number of tiers. Examples of rewards:
Thank You to pledgers on all platforms (The web site, Twitter, etc) Included would be a CC to Al
Updates on progress
Individual swag items (ex. key chains or what we can make in bulk for cheap)
T-shirts
DVD of the event
Non-attendee swag pack(s) that would include an Al Frenzy T-shirt, DVD, and perhaps other items depending on how much items end up costing and on amount pledged.
Higher donations would receive things like having your name read at the start of the event instead of just being listed on the site, prime seating for the celebrity panel and Q&A, and being among the first in line for the autograph session.
The highest money amount to pledge would be $100 unless someone just wanted to load a truck full of money into our driveway 
Excess money would be used for more swag, more/better game prizes, free drinks/snacks at the ending event, more/better decorations for the event, etc
We would encourage as much donations as possible by promising surprise additions to reward levels, better prizes at the event, etc

Promotion
1. Due to cost concerns, most promotion would occur on social media. For example:
Facebook – A Facebook group for the event would be created. Here is a mock version I made:
https://www.facebook.com/groups/894340657316045/" onclick="window.open(this.href);return false;
Screen grab:
[ http://i60.photobucket.com/albums/h27/Virgb/facebookgroup_zpstjr6cqir.jpg ]
It would be an open group where anyone can join and see some updates. Some updates would be reserved for Kickstarter supporters. People could also talk about Al fandom in general if they choose as long as it doesn’t overwhelm the group. I would search for Al related groups on Facebook and, when appropriate, advertise the event.

Twitter-A Twitter account would be created for the event and would regularly tweet about the event up until and during the event. We would also mention Al @alyankovic regularly (but not so much as to annoy Al) or anyone who searches Al on Twitter. We would also follow Al fans in hopes that they notice and hopefully look into the event.
I made an account for mock purposes:
https://twitter.com/StupidFest" onclick="window.open(this.href);return false;

2. Web site-This would be at no cost to us. Wizzerkat would do most of the creation and upkeep.
http://wizzerkat.com/stupidfest/" onclick="window.open(this.href);return false;

3. WOWAY-Obviously WOWAY would be an important way for us to help in organizing and getting more ideas to make the event better. WOWAY would be the event’s exclusive place for event discussions. Kickstarter backers would be directed to WOWAY but also we would use WOWAY discussions to update backers. We would occasionally announce things only at WOWAY (but would also direct Kickstarter backers here). During the process of organizing we would ask opinions of members and would perhaps take them to heart if it was doable. A fan convention is a good way to make WOWAY great again, right?

NOTE: Prizes would include Stupid Fest Swag, Al CDs(you can buy all CDs of Al’s save Sol because of the special packaging including the Essential for $83 total on Amazon), other Al swag(as much as we can afford), and small gift cards such as iTunes and Amazon. We would add items as we got more money.

9AM Continental Breakfast and Sign In (with Twinkie Weiner Sandwiches for grins)
During this time, attendees would sign in and anyone who wants to enter the Art Contest and who had not turned their entry would do so.

9:30 AM Introduction and Welcome, Introduction of Art Contest
Introduction of staff that put the Con together and reading of the people who donated at the top tiers of the Kickstarter. We would also invite attendees to look at the art contest entries during the break.
9:45 AM Epic Al Collection
We would invite everyone’s WOWAY pal Dave to bring some of his epic Al collection (I think he has an entire ROOM devoted to Al stuff!) to show and explain where he got them, etc. Ideally Bermuda would join this as well, but of course that may not be possible. We would help defray costs for Dave with help in shipping items to the event or any other small monetary help he would need. As Dave did come to the last con, we would hope he had already planned to come. Then there could be a short period where people can come look (don’t touch!) at the stuff up close and personal
10:30 AM Break and continued Al collection viewing and art contest viewing, game sign up
11:00 AM Comedy musicians/Stand-Up Act
Small sets and short Q&A from a few artists. The number would depend on how much money we could use to help. Also, any performer would get some free space to place merchandise for sale.
1PM Lunch Break

4 PM Panel - Q and A with Al and the Band
4:45 PM Celebrity photo/autograph session
5:15 PM Break(this could be a bit longer to accommodate above session)
5:30 PM Al Game Night-Inspired by Hollywood Game Night, we would play 1-3 sessions where Al related games would be play in teams of 2-4. Attendees would sign up first come first served at the official sign-in and during any breaks. There would be a cap on the number of people who could play.
6:30 PM Art Contest tally and Winner announced

6:15 PM Evening Performance and Al Karaoke, Dinner, and Drinks
We would ask Jim would do a short Slack Key Set if he were willing. If not, we could get right to karaoke (ideally with Karaoke master Kevin Cable but organizers could do this also)
People leave from karaoke/dinner when they want