Sorry. I thought we were just riffing the site down page. It's gems were buttons that said "Weird Al New Song" and "Wierd Music Videos".

But, I did access the real site on mobile! I really love the new layout Bermuda! Awesome to know that the dates are going to be revealed at 12AM on the 20th. That makes it almost like the 19th!
Top

minnick27 wrote:Ok, i got on mobile and it looks beautiful! Its nice to get an updated look after a decade of the old. Looks real good, Jon

It does look good, and operates well 'under the hood', but it was the pro developers at The Uprising Creative group that took the site to web 2.0 and a bit beyond, under Al's personal direction. It's still a hybrid at the moment with some static pages living under archive.weirdal.com for now, but soon the optimization and navigation will be consistent throughout the site.

Although the site has been taken up several notches, rest assured that we're still managing the content and making the updates, as has been the case for close to 20 years! We're making tweaks even during this transition, thanks for being patient with the temporary quirks.

OOh, updated for the 21st century! Nice! It will be nice to see the gallery and everything else when it's all finished!
Is my dude a dweeb?
Top

I had trouble getting onto the site today as well, but it's working fine for me now 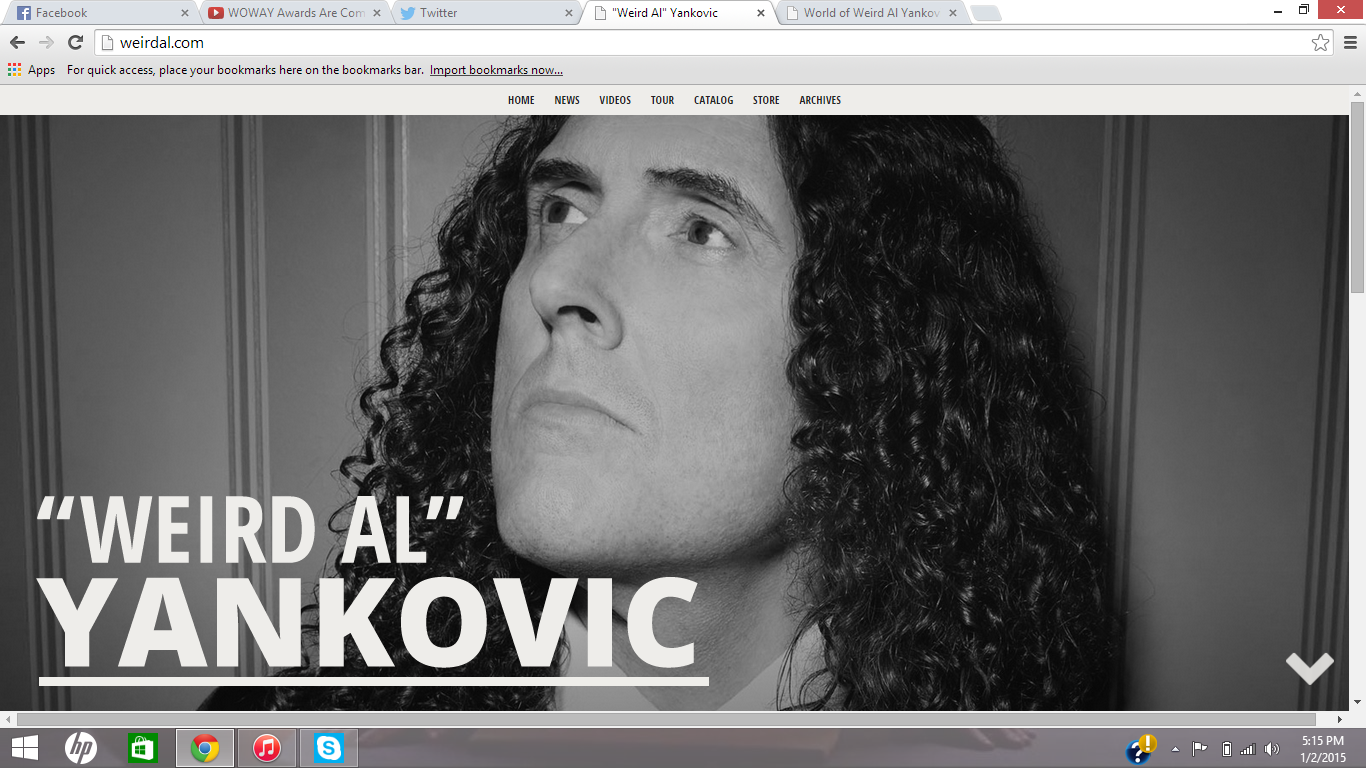 Damn, this website update is turning me the hell on. Can't wait 'til it's fully functional!!

Could not get this to work on my phone all day. This is like Obamacare all over again!

....but I finally got home and it looks amazing. Great work to all involved!
I couldn't tell a dirt clod from a plate of caviar.
Top

Now instead of getting an error message, I get a blank screen.

the site's down again, it says the webpage is unavailable
conk or bepis
Top

I saw it brief.y this morning, and it looks fantastic! I'm really digging this design!
Oh by the way, I've cracked the code.
Top

The whole kit and caboodle is active for me now from The Mothership! Looks even better on my computer!
Top
Post Reply
240 posts