1. White & Nerdy
This is a great track obviously.... what's to say? This is the big showpiece track of course and the album seller. Never heard the original

2. Pancreas
With Genius in France I see this as a piece close to Al's heart as probably represents the kind of thing he'd like to do more of. Very creative

3. Canadian Idiot
Written with a live show in mind I think, a crowd pleaser. Not especially clever or creative

4. I'll Sue Ya.
Probably one of my personal favourites. There's some real venom in this one

5. Polkarama
A polka, what else is there to say?

6.Virus Alert
Funny song that I was surprised not to see done live. It would make a great and very do-able live number

7. Confessions pt 3
Funny song, surprising a segment made it into the live show, but it would be tough to make it a feature song. Never heard the original


8. Weasel Stomping Day
A bit of fun that seems to come from the 1980s for some reason. Filler

9. Close but No Cigar
Another personal favourite. I tend to agree with Amanda about some aspects of the video, but thats down to John Kricfalusi I guess

10. Do I Creep You Out
This one would have worked well as a featured song in the live set. It's kinda lost in the medley and I think it deserves better as it's a really good song. Never heard the original


11. Trapped In The Drive-Thru
Well I don't get this one really. It's OK, a bit pointless and much too long, but I've never heard the original and I believe that's supposed to be a big part of the joke

12. Don't Download This Song
Creative and accomplished, tuneful, impressive and very very annoying. I just don't get into this at all


Straight Outta Lynwood is only my SEVENTH favourite Weird Al album though which will surprise people as it was the first one I had andof course I've been to the live show.
Worth buying for

yeah, it IS weird. you'd think eat it or fat would have been the first ones.
"Since when is hitting people with big metal sticks NOT fun?" 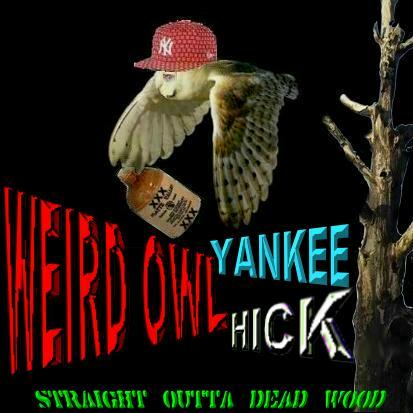 I think he did
Top

Is that a hillbilly Weird Al tribute album? Also, welcome, Sam Waterburry.
not to mention the toilets at Madonna Inn
Top

It had better be.
Life is a bowl of three-legged salamanders swimming around in an infinite ocean of strawberry jello...
Top

It had better be.

But is it a real album, recorded, released, and everything?
not to mention the toilets at Madonna Inn
Top
Post Reply
371 posts