Apparently, this is a thing.

I had never seen that picture before until Al tweeted it an hour ago
Side note: Is he in Europe or just on a weird schedule tonight? As if I'm one to talk.

Anyway it's a meme I guess, according to him. I scrolled through the thread but nothing very "'memeish" really popped out at me, but maybe reddit memes are different from regular memes.

Therefore, my caption for the picture is: 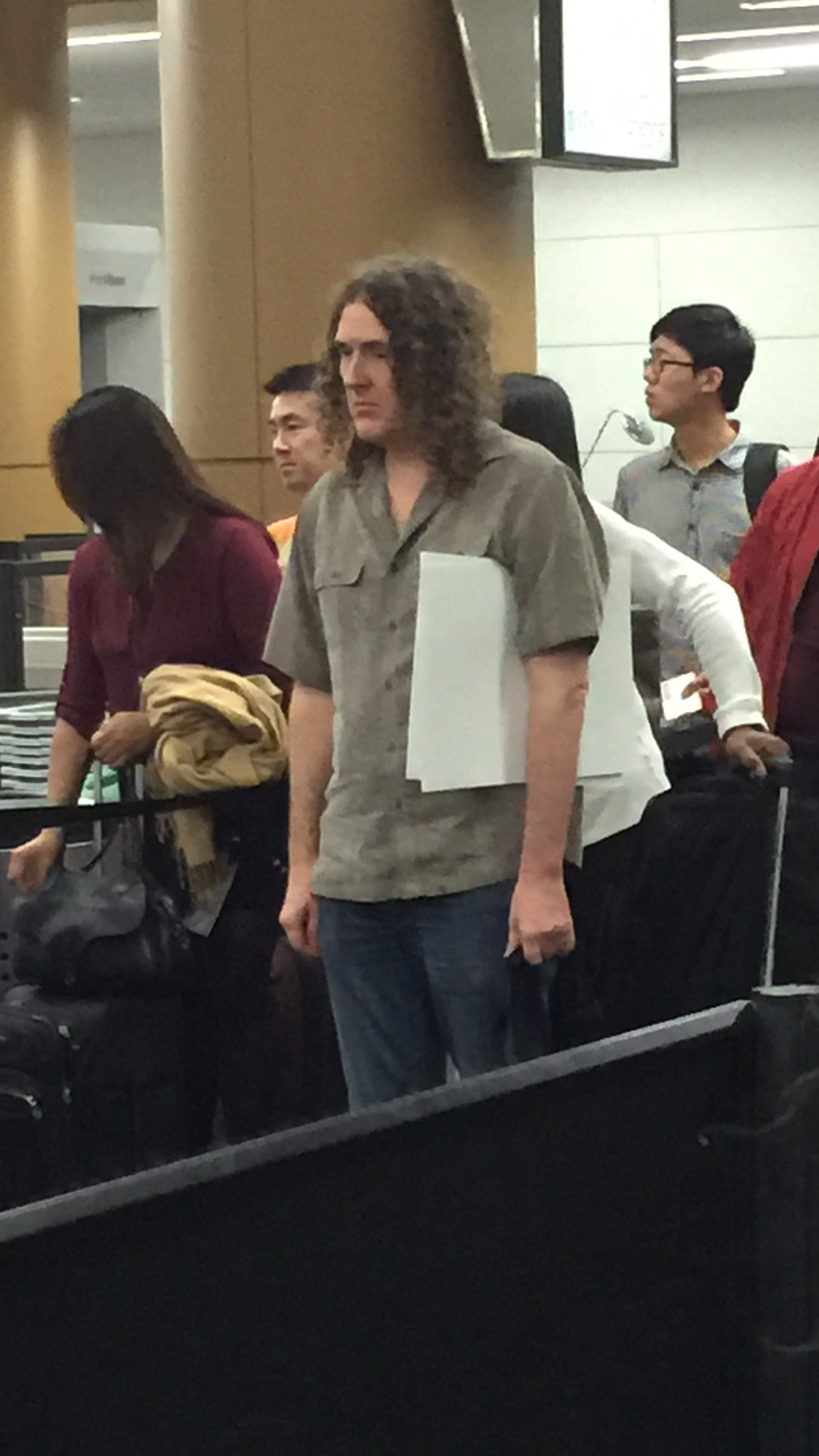 This is not the first Weird Al meme, but probably the first one Al is aware of. We keep the other ones quiet.

This one is reminiscent of the sad Keanu eating a sandwich meme, so maybe this one will hit the big time in the meme world, and truly become the dankest meme lord of them all.

When they tell you you can't bring your accordian as a carry on ;-;
July 25, Moncton NB at Casino New Brunswick
(First concert ever, yo~)
Top

I don't know about you guys, but I want to know what those papers are for.
Concerts Attended: The Masonic (San Fransisco) 8/29/15

IFoundMyYankochicks wrote:I don't know about you guys, but I want to know what those papers are for.

And why didn't he stick them into a hand baggage, they look like they'd fit in.
Top

He looks like he just woke up from an amazing nap.
Top

When you have to fly to Australia on Christmas Day.

My contribution to this thing: http://www.livememe.com/35r3xc1" onclick="window.open(this.href);return false;
Top

Seeing Weird Al unhappy doesn't feel.........right. It's like eating chocolate with motor oil in it.

LaikaComeHome wrote:Seeing Weird Al unhappy doesn't feel.........right. It's like eating chocolate with motor oil in it.

Seeing you bumped this thread I ran over, and I strongly disagree.

Al being sad is as cute as a kitten.

In fact, it inspired me to make a sketch about one time Bermuda DIDN'T have Plain Hob Nobs... only Milk Chocolate! We all know Al likes them STRICLY plain!

... Or does he?
You do not have the required permissions to view the files attached to this post.
aaaa