Songs That Would Sound Awesome On a Polka

I think a good title would be "iPolka", a harkening back to the old titles like Polkas on 45 or Hooked on Polka. And yeah, I'm really surprised he didn't do the Darkness as well.
I couldn't tell a dirt clod from a plate of caviar.
Top

Wake me up when September Ends-Green Day

An all Green Day polka? They'll have a new album by the time number 13 comes out... But that does sound like a good polka... Except Al PARODIED American Idiot. He would never release a parody and then a polka version of the same song.
Al- Team #2294
August 19, 2007 Waukegan IL Genessee Theater
Top

But what if it was called "Accordion Idiot"

Haha, a second parody of a song he already parodied..

Does anyone know how many posts you need to get to the nexy level, Newbie, Ocasional, Mod, Off the Deep End, L 27, etc.
Top

Here is a .wav file

Of accordion Idiot. Weird Al made it just for us (seriously)

Well,here's another "American Polka"! This time,it's going to be American-themed!

Stars And Stripes Forever
American Woman by Guess Who
Kids In America by Kid Wilde
ROCK In The USA by John Cougar Mellencamp
Hail To The King
American Life by Madonna
American By God's Amazing Grace by Luke Stricklin
Freedom by Paul McCartney
American Soldier by Toby Keith
Proud To Be An American by Lee Greenwood
Only In America by Brooks And Dunn
Good Morning Beautiful
Star Spangled Banner
Dare To Be Stupid Part Two is coming!
Top

Just bumping this thread to say happy birthday to this living legend:

Tokusou Sentai Blessranger wrote:The band name,Modest Mouse,reminds me of a hip-hop duo called DANGERDOOM,which is a collab between MF Doom and an artist named Danger Mouse. Maybe a song by DANGERDOOM will be well-fitted for a polka,so do two of the Avenged Sevenfold songs,"Bat Country" and "The Beast and The Harlot",and of course,the Star Spangled Banner. I don't like the Star Spangled Banner unless it was polkafied as "Star Spangled Polka" (the way that the "Harlem Shuffle" part of the Polka Party title medley became the "Harlem Polka" part).

Or maybe not. He was a ned. 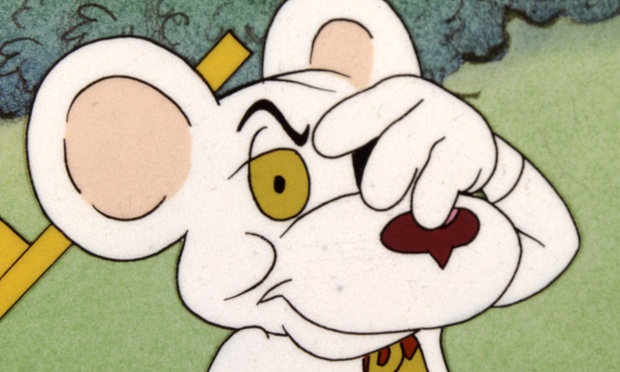 (By the way, let me make a point... In the new DM reboot, Danger Mouse actually DOES join a boyband... Almost 10 years later!!)
aaaa