Speaking of Robot Chicken, there was a short song about Kaiju. I thought it was lovely.
https://www.instagram.com/p/Bc2eywSHkfB/" onclick="window.open(this.href);return false;
Top

So according to Bermudas facebook they are in the studio! Whether this is for 1 song, 2 songs or just trolling us is up for debate. Personally I feel Al will have 2 songs out for the tour, maybe 1 parody, 1 original. 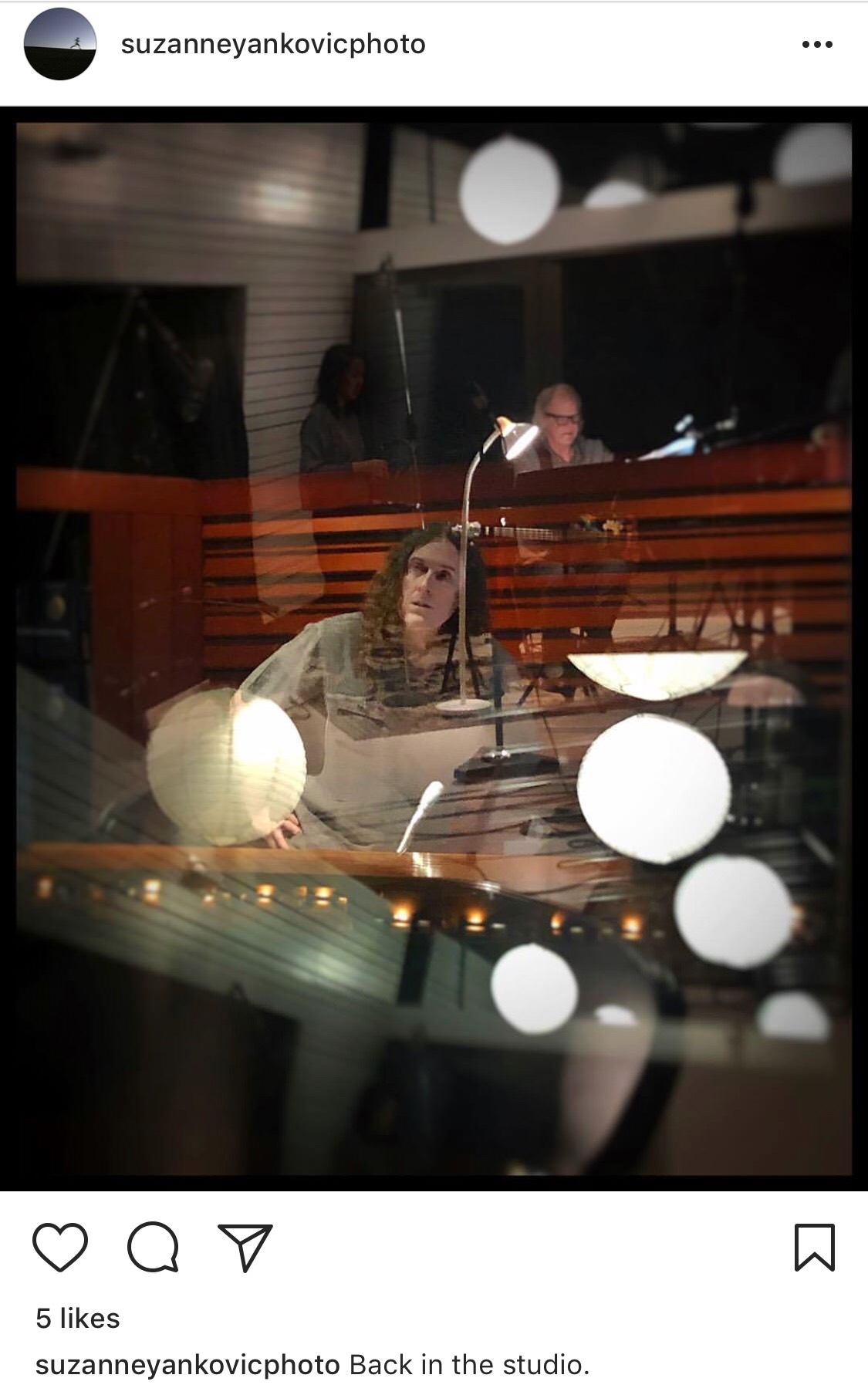 Can't wait for details to emerge

Sent from my SM-S906L using Tapatalk
...our neighbors septic tank was the closest thing we had..
Top

Working Bass Man, Stephen! That bass is sweet, guess he'll be using that when they do Happy Birthday HAHA
What a racket they're makin', Jack, they keep me up at night playin' their electric guitars!!
Top

Al just posted the same picture to twitter. Given the nature of online releases (you can put it out as soon as it's done), this could be released to promote the new tour. Something could drop within the next 2 weeks. I am pretty excited...
"Be the climate, not the weather." -Al Yankovic
Top

I predict this will be a new original which is used as a promotional tool for the tour. Al could perform this song on a late night talk show rather than going back to an old obscure song.
I couldn't tell a dirt clod from a plate of caviar.
Top

TMBJon wrote:I predict this will be a new original which is used as a promotional tool for the tour. Al could perform this song on a late night talk show rather than going back to an old obscure song.

Perhaps, although Al knows if he wants to get casual fans excited and his name back in the news he needs to do a parody of a recent hit song. As minnick points out, he could be recording more than 1 song, so we may get a new original song, but I'd be surprised if it wasn't accompanied by a new song parody.

Just for fun, let's assume it IS a parody. Which recent hits seem like the most likely fodder for Al?

(No, really...I have no idea what has come out lately).
Your Horoscope For Today: Try to avoid any Virgos or Leos with the Ebola virus.
Top

Great news! We know Al has been spending a lot of time in the rehearsal studio, but the RECORDING studio?!?

I'm genuinely quite surprised that Al somehow found the time to write new music in the middle of rehearsing for what's he keeps telling us is his upcoming B-sides/deep cuts only rarities tour. My best guess is that Al and the band booked this studio time long before all the dates for the "Vanity" tour were booked/confirmed. If this song he's recording is just a new original, he probably also wrote that well in advance of the tour as well. If neither of these things turn out to be the case, then I'm sure Al still knows what he's doing.

I agree that it's smart for Al to at least release a new original to promote the tour. Hopefully, this is also a song they could just as easily play live on tour/on stage/on talk shows without the aid of backing tracks or clips or anything since, again, that would dovetail well with the theme of the tour.

If this turns out to be a parody of a current hit that Al just had a workable idea for, then I could see him just wanting to knock this one out fairly quickly. I could see Al maybe wanting to release a new parody to put himself out there and hype up the tour a bit even though I can't imagine what sort of parody he could put out there that wouldn't clash with the tour but thankfully we may not have to wait that long to find any of this out.
Life is a bowl of three-legged salamanders swimming around in an infinite ocean of strawberry jello...
Top

Bermuda did mention in a recent interview that it isn't impossible to think that a new original could show up during the course of this tour, so I think this has been the plan for a bit.
"Be the climate, not the weather." -Al Yankovic
Top
Post Reply
81 posts